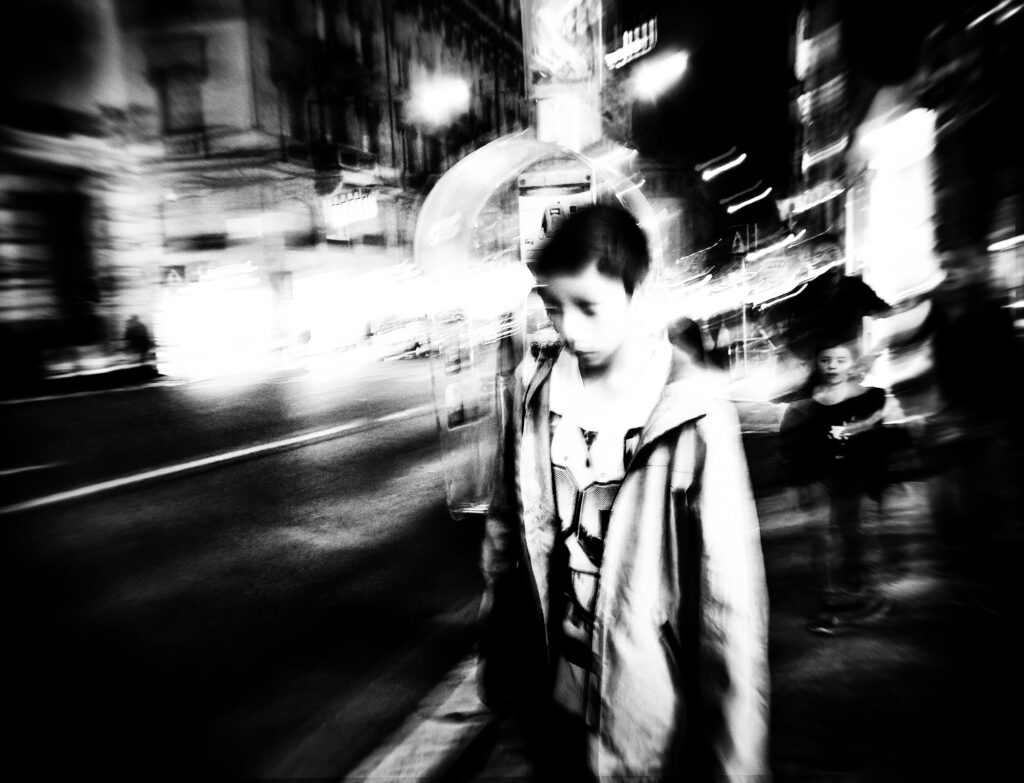 ANDREA ROCCA captures souls, lights, laughter and abysses with his camera, making tangible the rhythms and tempos, beats and blues of big cities. “Somewhere on Earth”  is the overarching title of his photographs.

Whether his photos have been taken in London, Rome, Paris or wherever it’s hard to tell, the faces of the cities and the living conditions of their inhabitants are becoming more and more alike.

Instead, a common thread, which he consciously or unconsciously pursues with his pictures, runs through his work, which is certainly connected to the Surrealist movement. There are aspects of eroticism, confusion, suspense, trance states, childhood feelings, implied longings, and the inherent humour of horror films and horror stories that overlay the intrinsic presence of people’s lives in abandoned places and among discarded objects. 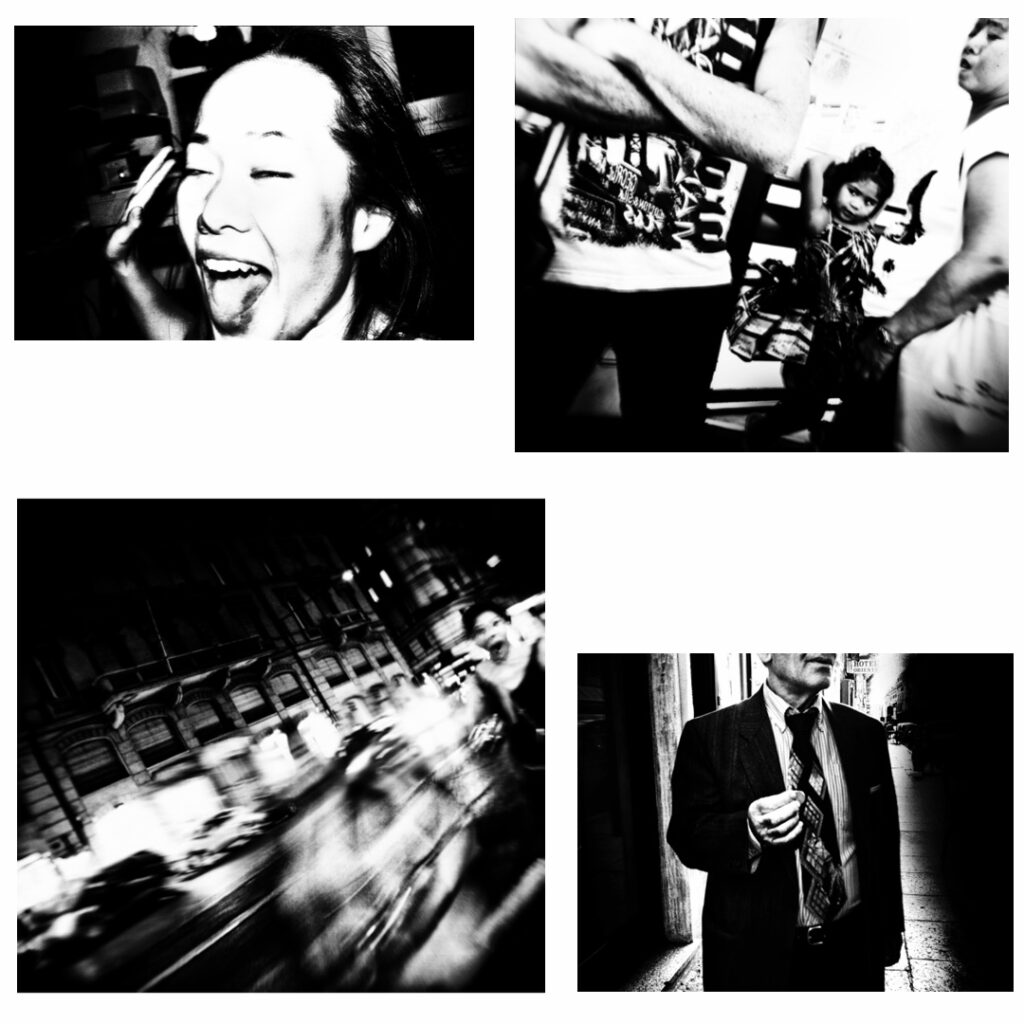 He started his career as a documentary and advertising photographer  when still in high school, in the mid eighties.

In 1989 he relocated to London and had to choose wether to pursue studies in photography or music, which by then had become another driving passion. He chose music, and the effort of pursuing a career as a film and dance theatre composer made his photography fall on the side lines for a few years. As a composer, he went on to write music for feature length films,  contemporary dance companies, documentaries and television programs.

In the early 2000s Rocca started photographing again. It quickly became an important aspect of his life. Currently, he composes, performs,  does production work for other artists in his recording studio, alongside his photography projects – though everything is beginning to overlap and  intertwine always more. He uses film, video and digital. 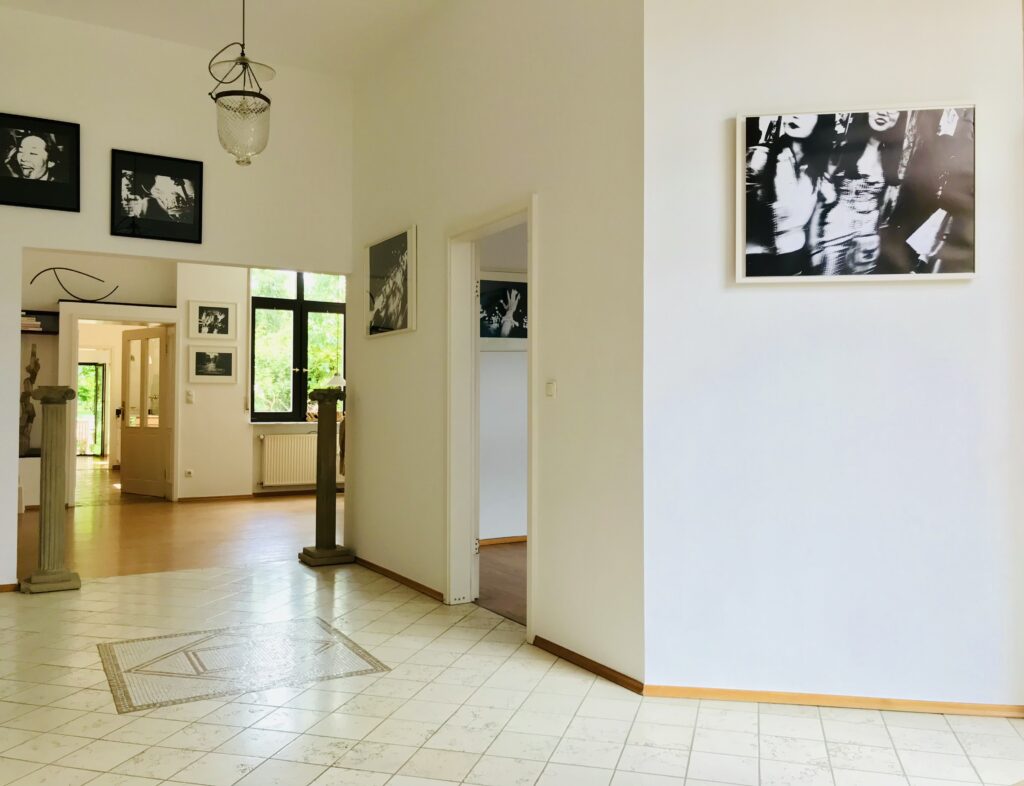